Send us your photos

In the mid 1950’s, is when it all started to happen… An area of land was annexed from Rockingham to create the Kwinana Districts. Within a few years, the Medina Football Club was born.

By 1959 the club had 110 boys playing football at the club. In the years following, saw a rival club form –  the Calista Football Club.

In the early 80’s the Medina and Calista Football Clubs joined forces, with their home ground at Calista Oval. They adopted the name Kwinana Junior Knights Football Club and changed their colours to the Red, White and Royal Blue we have today.

KJKFC has been an integral part of the local community ever since.

In 2009, with Kwinana District Football Club expanding and a surge in our member numbers, the Seniors facility in Medina was no longer able to sustain our rapid growth.

With support from the Town of Kwinana, we relocated to Fiona Harris Pavilion at Orelia Oval. This move enabled future growth of the club, offering two full size ovals and a brand new, ‘start of the art’ facility, which became the new home of the Junior Knights!

Click on the photo’s below to open them up 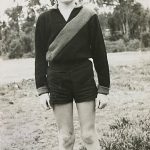 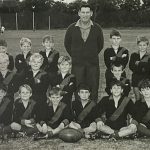 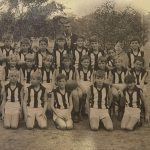 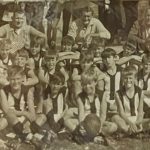 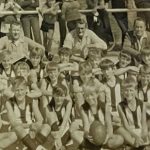 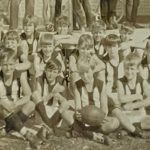 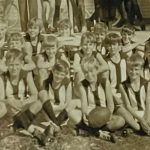 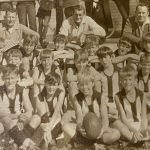